“The Irish: Be they kings, or poets, or farmers, they’re a people of great worth. They keep company with the angels and bring a bit of heaven here to earth.” Anonymous  Recently, impact.com highlighted Martin Luther King Jr.’s vision of a “beloved community”, reflections on Black History Month, and thoughts on supporting women in the […] 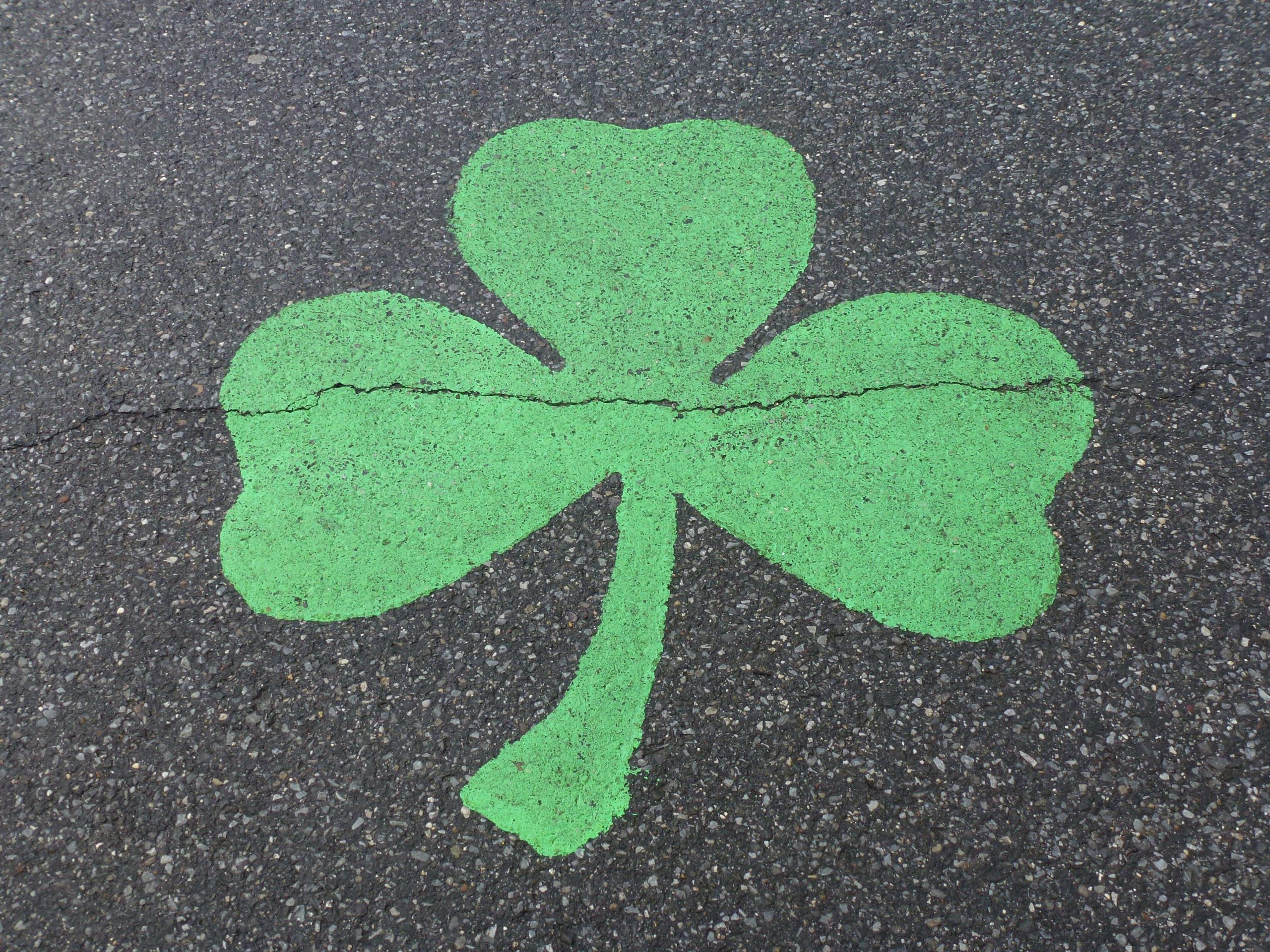 “The Irish: Be they kings, or poets, or farmers, they’re a people of great worth.
They keep company with the angels and bring a bit of heaven here to earth.”

Recently, impact.com highlighted Martin Luther King Jr.’s vision of a “beloved community”, reflections on Black History Month, and thoughts on supporting women in the workplace during Women’s History Month. March 17 always reminds us to celebrate Irish culture, heritage, history, and tradition. You may think you know Ireland and its people, but have a look at these facts that you might find surprising about the country known as the Welcoming Place.

Many influences have contributed to Irish culture throughout the ages. The country’s traditions, customs, language, music, art, food, and folklore have primarily been shaped by the Celts, Scots, English, and Anglo-Normans.

Over the last century, however, Irish culture has become more integrated. It now shares and incorporates customs, traditions, and languages from Asia, Africa, and Central and Western Europe.

The population of Ireland today is largely Irish, but it also includes non-Irish Whites, Asians, and Blacks, as well as indigenous and multiethnic individuals. (World Population Review)

Nearly half of Australia’s entire population is of Irish ancestry, while over 35 million people in the United States claim Irish heritage. Members of the Irish diaspora live in the United Kingdom, Canada, Argentina, New Zealand, Mexico, South Africa, the Caribbean, and Europe, among other locales around the globe. (Eupedia)

Irish Gaelic is constitutionally recognized as the first official language of Ireland, although less than two percent of the country’s population speaks Gaelic daily. English, the country’s second official language, is spoken by the majority of Irish citizens. Due to increases in immigration over the years, an estimated 182 languages are spoken in Ireland overall.

Although it was the last country in Western Europe to adopt Catholicism, Ireland boasts the religion’s most ardent followers. With nearly 90 percent of citizens identifying as Roman Catholic, Ireland ranks as the world’s third most religious country. It also holds one of the region’s highest rates of church attendance.

Anglicans, Presbyterians, Methodists, Muslims, Jews, and followers of folk cultural beliefs comprise the remaining faiths. The Irish Constitution guarantees freedom of conscience and religion, and the country does not have an officially established church. (EveryCulture.com, Irish Times)

On May 23, 2015, Ireland became the first country in the world to establish marriage equality. Through a public referendum, over 60 percent of Ireland’s population voted in favor of legalizing same-sex marriage. LGBTQ+ activists and the LGBTQ+ community at large celebrated this landmark event worldwide. At the time, LGBTQ+ allies and supporters praised Ireland for being “positive” and “forward-thinking,” particularly in light of the fact that divorce was illegal in the country until 1995. (History.com, Guardian, BBC)

Saint Patrick, the patron saint of Ireland,  wasn’t Irish and wasn’t named Patrick. The country’s most recognized saint was actually Romano-British and born in fifth century Wales as Maewyn Succat. At the age of 16, Succat was abducted by pirates, sold into slavery by Irish raiders, and  forced to tend to sheep in the mountains of Northern Ireland. He escaped his captors after six years, turned to God, changed his name to Patrick (Pádraig in Irish), and returned to Ireland as a missionary to convert Celtic polytheists to Christianity.

Saint Patrick’s Day was made an official Roman Catholic feast day in the early seventeenth century to commemorate Saint Patrick and Christianity’s arrival in Ireland. However, it wasn’t until the eighteenth century that the day was celebrated. The first Saint Patrick’s Day parade was held in Boston, Massachusetts, in 1737. Today, the holiday is observed annually on March 17 by the Catholic Church, the Anglican Communion, the Church of Ireland, the Eastern Orthodox Church, and the Lutheran Church. Saint Patrick’s Day now celebrates Irish heritage, history, and culture in general. (History.com, Britannica, Wikipedia)

Halloween originated from the ancient Celtic holiday of Samhain (pronounced SAH-win or SOW-in in Irish), meaning “summer’s end.” To mark the end of the harvest season and the autumnal equinox, Celts celebrated the three-night festival by lighting community bonfires, wearing costumes, feasting, drinking, and dancing.

Although centuries have passed and the focus of Halloween has shifted, remnants of the original holiday still remain, namely the festive parties, costumes, and eating treats. (History.com, Wikipedia)

The celebration of Christmas in predominantly Roman Catholic Ireland first began in 1171, and the religious holiday has grown in scale and popularity ever since. The Christmas season begins with tree decorating and the December 8th Feast of the Immaculate Conception. Midnight mass on December 24th marks Christmas Eve and the first liturgy of Christmastide, as children await Father Christmas (Daidí na Nollag in Irish) and the presents he brings on December 25th, which is when Christians celebrate the birth of Christ.  December 26th commemorates Saint Stephen, the first Christian martyr, and the season culminates with Women’s Christmas (Nollaig na mBean in Irish) and the Feast of the Epiphany on January 6th.

Women’s Christmas, January 6, was an early predecessor to today’s girls’ night out. Traditionally on this day, if a family were to have good luck in the new year, women had to avoid all housework and the men of the house had to stay home, take down the Christmas decorations, and prepare all the meals. (History.com, Wikipedia)

Boycotts are a means to express moral, social, political, or environmental protest in a voluntary, nonviolent way. They intentionally ostracize individuals, groups, companies, and governments in order to influence policy, behavior, and action-based change.

Although widely employed around the world throughout history, little is known about the origins of the boycott. The term “boycott” comes from the name of a retired army captain, Charles Cunningham Boycott (1832–1897), a British estate manager and the land agent of an absentee landlord in County Ulster, Ireland.

In 1880, Boycott refused to reduce his tenant farmers’ rents and tried to evict them for resisting higher rates. The Land League — an Irish political organization working to reform the country’s landlord system under British rule — refused to negotiate with Boycott.

The entire community joined the Land League in a solidarity campaign against the rent increases and evictions, and began to ostracize Boycott. Shops ignored and refused to serve him. Soon after, Boycott’s laborers and servants quit, and his crops began to rot.

As news of the protest spread, the Times of London repurposed Boycott’s name to describe the Land League’s protest strategy of organized isolation. “Boycott” then entered the English language and was quickly adopted by newspapers in various languages around the world. (Eupedia, Britannica, Wikipedia, Merriam-Webster)

Want to take the next step in your career with us? Find your place at impact.com