Breaking the bias: How to cheer, champion, and support women in the workplace

March is Women’s HERstory Month (WHM), a time dedicated to highlighting women’s historical and present-day contributions to society. WHM is celebrated annually in the United States, Canada, the United Kingdom, and Australia. WHM also happens to coincide with International Women’s Day, which is celebrated around the world. This day of civil awareness recognizes women’s achievements […] 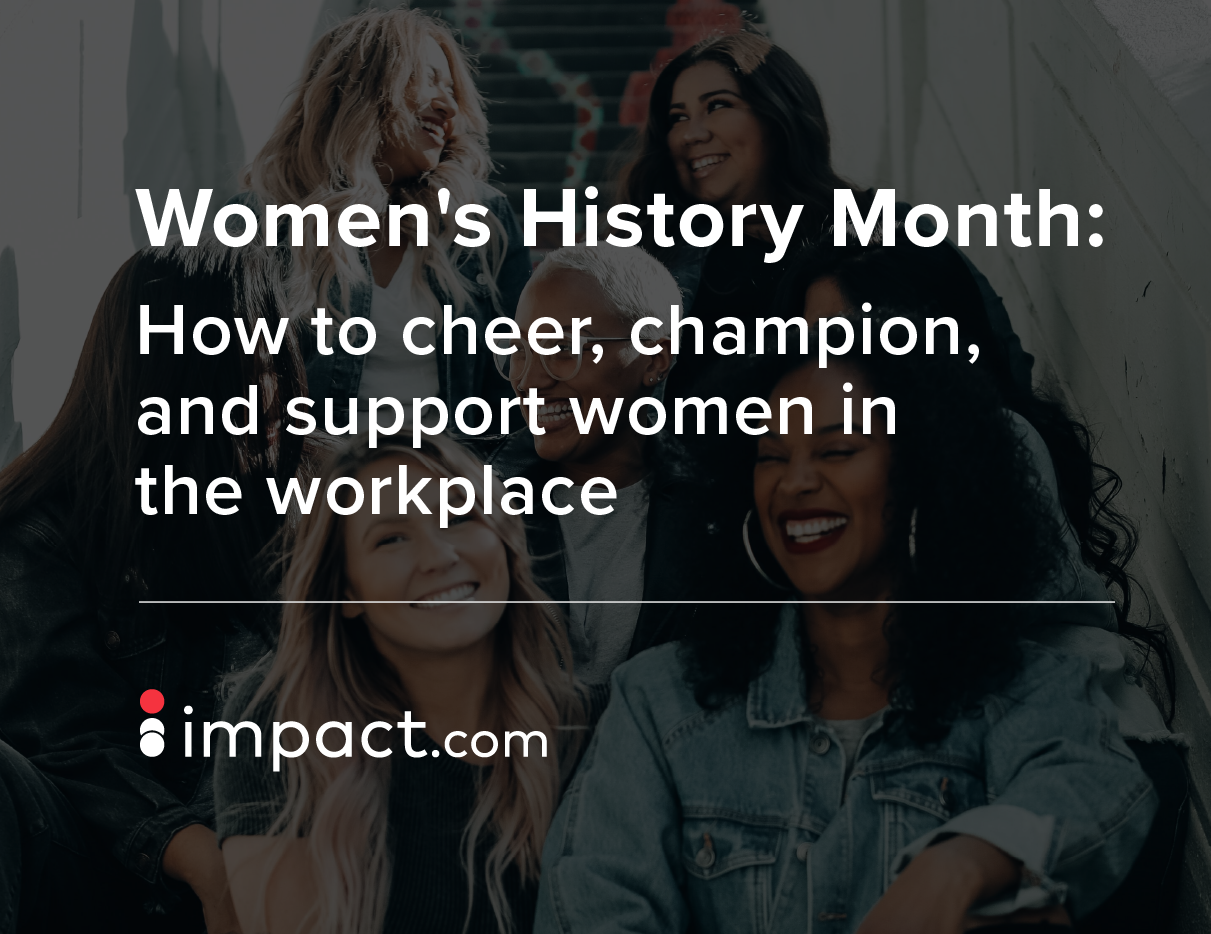 March is Women’s HERstory Month (WHM), a time dedicated to highlighting women’s historical and present-day contributions to society. WHM is celebrated annually in the United States, Canada, the United Kingdom, and Australia. WHM also happens to coincide with International Women’s Day, which is celebrated around the world. This day of civil awareness recognizes women’s achievements but also stands as a call to action for accelerating gender equality around the world.

Women have played critical roles in every aspect of culture and society. They are renowned artists and activists, admired explorers and scientists, revered leaders and visionaries, and loved relatives and friends. Because of women, we laugh, wonder, seek, and pursue.

Women have achieved more than history could ever record or that they will ever receive credit for. Nevertheless, we continue to benefit greatly from their deeds, feats, and triumphs.

Today, women represent nearly half of the world’s population and global workforce. Yet they continue to face alarming inequity and inequality at home, at work, and in society. Gender studies by the United Nations, the World Economic Forum, and the Pew Research Center confirm that:

Due to snap judgments about the ways women look, show up, contribute to, and perform at work, they are more likely than men to see unfairness in recruitment, hiring, compensation, promotion, advancement, and treatment during their tenure.

According to McKinsey & Company’s study of women in the workplace, women of color are two to four times more likely than White women to encounter disrespect, disregard, and discrimination in the workplace because of their overlapping social identities (e.g. race, ethnicity, color, religion, sexuality, disability, age, etc.). Various studies confirm that women of color are held to higher standards, repeatedly require proof of their knowledge and abilities (despite proven track records of success), must go above and beyond to receive the same recognition as their White peers, and are paid less than their male counterparts with similar experience and seniority. All of these factors compound the emotional tax, lack of safety, and absence of support that women of color navigate daily while at work.

Gender bias is not limited to race and ethnicity, however. It presents at other intersections such as age, sexuality, and ability as well. For example:

Disability. Women with disabilities are more likely than women overall to experience microaggressions that undermine them as professionals. They’re about 1.5 times as likely as women overall to have their judgment questioned, as well as to hear others make comments about their emotional state. (Health.com)

Gender identity. Trans women face coworker harassment, employment discrimination, and inappropriate questions about their transgender or surgical status. They are denied promotions, have little to no direct face-to-face contact with leadership or clients, and face low earnings. Trans women of color experience these same issues — but up to four times more than the general cisgender population. (McKinsey, UCLA, Vice)

Migration status. Migrant women encounter multiple forms of discrimination, specifically sexism, racism, and xenophobia. As such, they receive lower wages than men and can experience nonpayment of wages, withheld or delayed payments, and transfer of wages into accounts they cannot access. (United Nations)

Parental status. Women with children experience a series of disadvantages (or “motherhood penalties”) compared to women and men without children. Visibly pregnant women are judged as less committed to their jobs, less dependable, less authoritative, more emotional, and more irrational than otherwise equal, nonpregnant women. Mothers are six times less likely than nonmothers and nonfathers to be recommended for hire. Mothers are recommended an 8 percent lower starting salary than nonmothers, and a 9 percent lower starting salary than that recommended for fathers. Additionally, fathers are offered significantly higher starting salaries than nonfathers. (Harvard)

Religion. Women who adhere to dress codes that align with their religious beliefs (i.e., hijabs, khimars, niqabs, burqas, abayas, skirts, dresses) are up to 69 percent more likely to face harassment and hostility than women who do not have or hold to religious requirements on attire. (American Civil Liberties Union, Pew Research Center)

Sexuality. Queer women with an LGBTQ+ indicator on their resume are 30 percent less likely to receive a callback compared with straight female applicants of equal qualifications. When hired, queer women who are out experience higher rates of generalized workplace abuse (e.g., workplace bullying, mobbing) than their straight female peers. (Harvard)

To break gender bias, women need strong managerial and peer support, more opportunities to lead and meaningfully contribute, and greater work-life balance all year round. When these basic needs are met, not only do women benefit, but the organizations where they work do, too. Companies with aggressive gender parity strategies realize increased work performance and productivity, above average profitability, and better competitive advantage.

Here are three key ways to establish equality as a workplace practice:

Allyship is an invaluable asset to career success. People with at least one ally in the workplace are twice as likely to experience a greater sense of belonging, safety, and satisfaction. The same holds true for women, especially those with intersectional identities.

Women need trusted champions who will take action to support them — both men and women. At the very least, they need upstanders (the opposite of bystanders) to reduce harm by speaking out against biases levied on them. At best, women need “equity brokers” to leverage their power, influence, and privilege to dismantle exclusion, inequity, and injustice and to lead positive change.

For those willing to step up, the journey toward allyship presents the following opportunities:

When it comes to leadership, women face a series of barriers that prevent them from being promoted to top jobs. Because power and decision-making in the workplace remain overwhelmingly dominated by men, women often lack the tools, access, and support needed to advance.

Women face a lifetime of income inequality due in large part to being paid a fraction of what men earn. In its examination of the wage gap, the Center for American Progress revealed that for every dollar men were paid in 2021, women in the United States earned the following pay for equal work:

The United Nations reports that globally, women workers earned 77 cents for every dollar men earned, which affirms that gender bias and its impacts are not geolocation- or culture-specific.

“We cannot all succeed when half of us are held back.”

Women have a role and a place in the technology industry as well. By learning from each other, we grow with each other. As women, let’s connect and collaborate with as many women around us as possible, and encourage one another to engage and explore in our workplace. Men, we welcome you to be visible advocates, sponsors, allies, and promoters of women. Together, we can empower each other toward an inclusive, sustainable industry.

Wondering what you can do personally to break gender bias and to speak up, stand up, and lift up women? Check out these tips and resources.

“Imagine a gender equal world.
A world free of bias, stereotypes, and discrimination.
A world that’s diverse, equitable, and inclusive.
A world where difference is valued and celebrated.
Together we can forge women’s equality.
Collectively we can all #BreakTheBias.”

Want to take the next step in your career with us? Find your place at impact.com