Obituary: We are sad to announce that in 2019, old school affiliate marketing died quietly in the ether. Born in 1997 (approx.), affiliate burst into the marketing world with a smile on its face and a fist full of opportunity in its hands. It promised huge returns with little work and no upfront marketing cost. […] 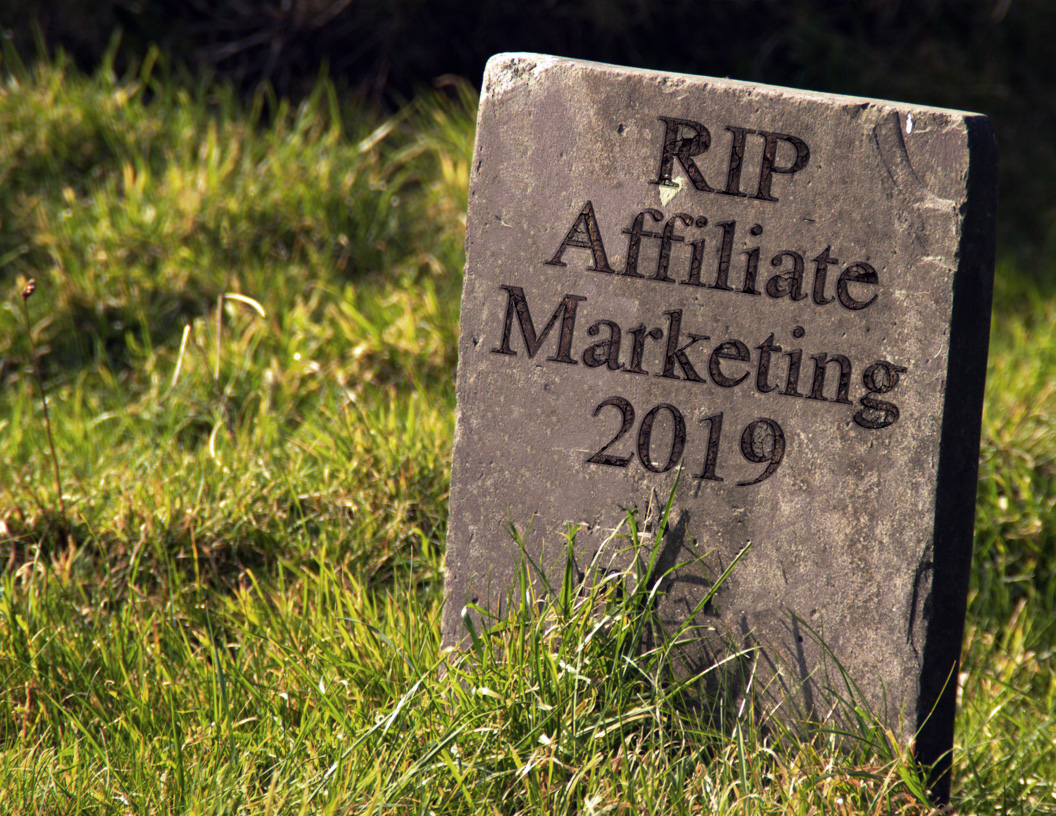 Obituary: We are sad to announce that in 2019, old school affiliate marketing died quietly in the ether. Born in 1997 (approx.), affiliate burst into the marketing world with a smile on its face and a fist full of opportunity in its hands. It promised huge returns with little work and no upfront marketing cost. In fact, affiliate had a near-magical touch, pairing with publishers who would promote products and services for free, in exchange for a cut of the sale price.

Beloved by brands and publishers alike, affiliate lived a heady, highly profitable life during this heyday. But eventually, hubris and a reliance on a plug-and-play approach caught up with it—affiliate’s days of wine and roses seemed to be ending. But guess what—there’s a to this story….

The excesses of affiliate’s adolescence

In the beginning, affiliate looked to provide growth through volume—the more affiliates, the better! Was it the answer? Well, no. The “more, more, more!” mentality led to problems: programs became bloated, and affiliate stopped being as effective. Plus, was affiliate actually Dr. Jekyll / Mr. Hyde? It seemed so when it was revealed that a significant number of affiliates were gaming the system or even committing outright fraud. This was affiliate’s moment of truth, its near-death experience that demanded it change—or be relegated to six feet under every other marketing program out there.

Settling down and raising a family

Armed with a bit more maturity and its salad days behind it, affiliate wised up in the mid-2000s and focused on quality rather than quantity. Just in time too—the U.S. housing market came crashing down in 2008 and consumers became utterly deal-conscious. Coupon, deal, rewards and loyalty sites, some of affiliate’s favored offspring, were in demand. Affiliate managers took the safe route, hitching their programs to the largest publishers. Affiliate saw steady growth during this period, but playing it safe would lead to a new problem.

The demise of affiliate?

By the mid 2010s, most affiliate programs courted the same big 10 affiliate publishers, which meant they spent all their time fighting for the attention of, and were reliant upon, these “mega-affiliates” instead of focusing on growing their program and revenues. They were overexposed and vulnerable, a midlife crisis in full bloom. The narrow focus didn’t scale so well—affiliate had entered that slide toward irrelevance. Slowly, steadily, and with hardly a peep, old school affiliate marketing died in its decaying home on the quiet side of the marketing street. Rest in peace—you had a good run.

But was affiliate marketing actually “dead?” Or did it just need a whole new way to live and operate—in a way that used the knowledge of the past and held a vision for the future based on individual relationships? In 2019, a whole new entity, stronger and more powerful than affiliate alone ever was, rose up: partnerships, the major new channel with the next big growth opportunity for enterprises.

Old school affiliate is survived by its extended family, the social influencers, content creators, B2B2C programs, sponsorships, strategic business partners, brand ambassadors, corporate social responsibility programs, and yes, the stalwart group of coupon, deal, and loyalty publishers that had been with it from its youth. In this new world, the partnership channel lets you leverage your partners’ tangible and intangible assets: their audiences, brand equity, physical and virtual spaces, and more, so you achieve maximum growth from this powerful, innovative new revenue channel. Long live partnerships!

Want to find out more about how partnerships are replacing old school affiliate marketing? Request a demo of the Impact Partnership Cloud or download our eBook, Affiliate Marketing Is Dead.