On August 15, 2021, the Taliban entered Afghanistan’s capital of Kabul and overthrew the country’s government. The shocking events in the decades leading up to the invasion and the desperation of civilians that followed shook the world. One of the communities most affected by this shift in politics is women. Once a progressive and thriving […] 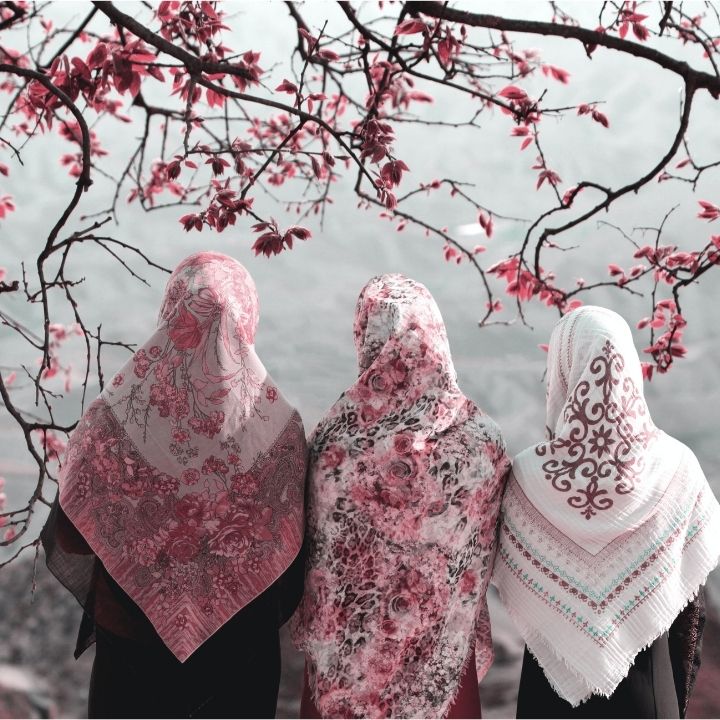 On August 15, 2021, the Taliban entered Afghanistan’s capital of Kabul and overthrew the country’s government. The shocking events in the decades leading up to the invasion and the desperation of civilians that followed shook the world.

One of the communities most affected by this shift in politics is women. Once a progressive and thriving environment, Afghanistan practically became a place of imprisonment. The Taliban’s new policies no longer protect women, allow them to receive education, work or even leave the house without supervision.

First generation Afghan-American Sophia Seraj, Director of Business Development at impact.com, shares her unique perspectives on these recent events, which I hope inspires you to learn more about the issues of women’s rights in Afghanistan — and around the world.

When meeting a person of Afghan ethnicity, you’ll likely notice a hyphen followed by their nationality. It is very rare to meet anyone who identifies as solely Afghan.

The majority of us are the children and grandchildren of refugees who have resettled all over the world since the late 70s, post the start of the Proxy war (when the United States and the Soviet Union used Afghanistan as a battlefield during the Cold War).

We’ve universally encompassed the concept of “first-generation” and worked hard to carry through with the qualities that align with that term. My relatives were a part of the late 70s exodus. They migrated all over the world, more heavily in the United States and Germany. I often reflect on these roots, the events that led up to this date, and where I stand today. I also clearly recognize the long line of the men and women responsible for instilling certain traits within generations to come.

Let me introduce you to my incredible family

These people, especially the women, significantly contributed to the history of Afghanistan. They used their roles in society to pursue what so many had feared from women. For example, Queen Soraya campaigned against the veil, opened the first school for girls, and inspired women to dress in a more Western fashion. They devoted their lives to breaking down traditional gender norms and eliminating practices associated with gender role discrepancies.

The meaning of freedom

When I was a child, I wasn’t aware of the advantages I had from being born and raised in the United States. This naivete became more apparent to me as I got older. Growing up with the freedom to seek an education, explore hobbies, travel the world, and have the options to build my own future was just something that was expected.

As I matured and became increasingly aware of my family’s role in Afghanistan’s history, I spent time reflecting on the advancements in Afghanistan that had occurred before the Proxy War and how they disintegrated afterward. What I quickly understood was what we view as fundamental human rights in the United States is nothing short of luxury in other nations. Now, through recent events, this understanding has never been stronger.

A modern-day downturn for women’s rights in Afghanistan

Afghanistan’s history is complex. The country was once a key destination and a land of song, dance, culture, celebration, and all things artistic. In the present time, the United States has held ground in Afghanistan for the last 20-plus years. U.S. involvement was meant to advance the nation from the Taliban’s influence since the post-Soviet era.

However, on August 15, 2021, the Taliban once again took over Afghanistan. Women stand as the largest at-risk population the country has ever seen. The attack on women’s rights is pointed in all directions but increasingly toward the country’s activists, journalists, certain medical professionals, engineers, educational instructors, and any professional group the extremists deem as “westernized.”

Knowing the world is watching, the Taliban adamantly rebranded itself as a moderate nonviolent group. It is striving to show they are merely looking to practice what “Islamic Law” entails. Despite the Taliban’s public assurances to not commit violence against women:

The oppression of the Taliban-led regime upon the women of Afghanistan is devastating. I can’t help but feel “survivor’s guilt.” Afghan women are being tested to their limits — but this time around, circumstances have altered. Countless females who identify as “Afghan” or “Afghan-X” have refused to accept the situation as is and continue to defy all odds, resisting the oppression to help deter it becoming permanent.

Afghan women walking in the streets (before)

Afghan women walking in the streets (after Taliban-led regime)

In a perfect world, I’d like to see Afghan women prevail and have the same rights we in more progressive nations hold.

I have been given a wonderful opportunity to succeed. In this lifetime, I have a voice. I get to wake up every morning and maintain a leadership position in a global company like impact.com. I have the privilege of contributing to and witnessing a team’s success that encourages and structurally supports the upward progression of women in their roles, especially in a male-dominated industry.

In my position specifically, I have the privilege of managing individuals who are just beginning their careers yet have already achieved so much. Just looking at the women on my team, I see people who truly exemplify the concept of determination and intelligence. It inspires me to continue to grow as a leader in my company and in my countries — the United States and Afghanistan — in the coming years.

Want to take the next step in your career with a diverse array of people? Come find your place here at impact.com.