Last month, we resumed our series of monthly partnership benchmarks, tracking how COVID has influenced several categories. A lot changed since our last update, in February 2021, and even though we were not at the end of the pandemic, you could smell hope in the summer air.

Alas, COVID, and the Delta variant in particular, continues to wreak havoc on daily life. Travel plans are being cancelled, communities are at war with one another over masking protocols, and, perhaps worst of all, child hospitalizations have reached a new high.

How are partnerships faring now?

The uncertainty around autumn certainly affected consumer behavior in August. Average order value reached a new high for the second consecutive month, showing that customers who were spending were spending more than they had over the past 18 months. But other metrics didn’t share the growth, as conversions are around where they were in the first half of 2020.

Impact’s data scientists have been tracking the performance of key metrics across the partnership channel since January 6, 2020. We published those results for the first time in May 2020, and provided a monthly analysis of eight key verticals in the United States with data through August 2021. This analysis compares these verticals to previous months and to Impact’s benchmarks based on pre-pandemic data. With this data, our advertisers and their partners can stay informed, benchmark their campaigns, and calibrate their decisions as needed.

What the data shows as of August:

Clicks and conversions take opposite trajectories

August saw significant growth in clicks, as the metric jumped nearly 20 percent compared to July. This was a positive sign, following seven months of negative or flat growth. Conversions, meanwhile, declined for the third consecutive month, falling to their lowest level since October 2020, and on par with what we saw in March of 2020.

AOV continued its upward trajectory, growing for the seventh time in eight months and setting a new high point at 60% above the baseline. Unfortunately, conversion rate continued a months-long skid, with August’s growing clicks and sinking conversions dragging the metric to the lowest point since February of this year.

Revenues and commissions find their level

The data points for revenues and commissions have ping-ponged up and down on our charts throughout 2021, but August saw modest movement as the two metrics reached nearly the same mark, 80% above baseline. This was the result of a modest decline in revenues, and a small amount of growth for commissions.

This report features month-over-month (MoM) benchmarking on eight verticals to see how events around COVID-19 have impacted partnership metrics.

Impact’s analysis began on January 5, 2020, and goes through the end of August 2021. This timeframe offers a full picture of U.S. consumer behavior from:

Clicks and conversions in the Apparel, Shoes, and Accessories category were both at baseline in August, although they arrived there from different points. Clicks saw modest lift following two flat months; in doing so, the metric reached positive territory for the first time since May. Conversions fell for the third straight month, and although they remained in positive territory, it was the lowest point since October 2020.

Conversion rate in the category continued a steep decline that began back in June. The metric fell below baseline for the first time since October 2020. AOV, on the other hand, reached a new high point, rising to 70% above baseline and continuing the positive growth that began all the way back in January.

Revenues and commissions continue to move almost in parallel in this category, with both metrics remaining nearly flat for August. Revenues hover around 75% above baseline, while commissions sit 30% above for the third straight month.

Clicks have not fluctuated much at all within this category over the past 18 months. The metric was flat for the second month in a row, staying at more than 50% below the baseline. Conversions reached a new peak last month, but came back down to around 80% above baseline. That’s still much higher than the conversions we saw in early 2020, showing that drivers like streaming music, streaming TV, and live ticket sales are not slowing down yet.

Even with conversions coming down, conversion rates continued their ascent, hitting a new pandemic peak for the third consecutive month. The metric ended August nearly 400% above the benchmark. Meanwhile, AOV has remained relatively level throughout the duration of this study. In August, it was roughly 50% below baseline for the fourth straight month.

Commissions and revenues both remained relatively flat in August, and healthy, too. Commissions were at 50% above the January 2020 benchmark, and revenues were around 35% above.

Clicks rebounded in a big way in Computers and Electronics in August, growing by nearly 40% from July, probably from last-minute back-to-school shopping. In doing so, clicks have clawed their way back to the same point they were at the beginning of the year. The same can’t be said for conversions. After a small rebound in July, the metric was down again, around 10% above the benchmark.

Sky-high clicks and fewer conversions led to a lower conversion rate in August. The metric ended the month around 25% below the benchmark. Average order value fell for the third straight month following a May peak, but at 110% above baseline, it’s still among the highest numbers we’ve seen in this category during the pandemic.

Revenues have been falling since May and continued to do so this month, although they remain more than 100% better than they were in January 2020. Commissions remained relatively flat for the third straight month, sticking close to 50% above baseline.

July saw some of the worst click and conversion numbers that we’ve seen in the Flowers, Gifts, Food, and Drink category since the pandemic began. Both metrics managed to grow slightly in August, but not by much. Conversions were able to climb back up to the baseline, while clicks hovered around 10% above.

Poor click and conversion numbers had conversion rate swooning in this category, declining for the fourth straight month. However, AOV tells a different story, as consumers who are spending in the category are clearly spending more. AOV was around 35% above benchmark, one of the highest points it has reached since January 2020.

Revenues and commissions both made modest gains in August, but remained toward the lower end of what we’ve seen for the category since January 2020. Both metrics hovered around 50% above baseline — still healthy, but below what we’ve seen for much of 2021.

Clicks and conversions are on different trajectories in the Health and Beauty category. Clicks continued to rebound from an January 2021April nadir and were back above 20% more than the benchmark. Conversions have been falling since peaking in April. That decline continued, although it was a much smaller drop in August, ending the month around 40% above baseline.

Growing clicks and declining conversions often mean a lower conversion rate, which is what we saw in the category in August. This is worrisome, because at 15% above baseline, this is the lowest number we’ve seen for conversion rates since the pandemic began.

However, as in several other categories, AOV chugs along, reaching a new high point in August, 25% above the January 2020 benchmark.

Revenues remained high in August, but continued to come down a bit from their June high. They remain nearly 80% above baseline. The story was similar for commissions, which remained a healthy 50% above the baseline — well above where they were in the summer of 2020.

Conversions and clicks both grew in the Home and Garden category in August, the first time we’ve seen sustained growth in these metrics since late 2020. In fact, conversions reached a new peak, ending the month at 40% above the benchmark.

Clicks and conversions have been better aligned recently, which has helped conversion rates steadily climb back from an early 2021 low point. The metric showed modest growth for the sixth consecutive month, climbing to 20% below benchmark — the highest point since April 2020. Meanwhile, AOV ended a two-month skid, bouncing back to 40% above the benchmark, one of the higher marks we’ve seen.

The Telco and Utilities experienced another month of declining click and conversion activity. Clicks have been in freefall since November 2020, and they reached a new low point in August, 15% below the baseline. Even though conversions were relatively flat compared to both July and June, they still hit a new low point, 8% above the baseline.

Slowing clicks and conversions haven’t stopped basket size from growing in the category, as August saw a new peak, nearly 40% above baseline. Conversion rates ended a three-month slide, bouncing back to more than 20% above baseline. That marks one of the highest numbers we’ve seen since the study began in January 2020.

Revenues landedresin on the higher end in the Telco & Utilities category, and while they remained relatively flat in August, they stopped several months of decline. Meanwhile, commissions grew by just a few percentage points in August, but this was a milestone, as it was the first positive growth for the metric in a calendar year.

We finally started to see positive signs in the Travel category in the spring, but alas, the rebound appears to have plateaued, as fear of the delta variant halts business and pleasure travel plans. Conversions fell in August, putting them back around where they were in February. This is still greater than what we saw for much of 2020, but not trending in a positive direction. Clicks also took a dip, down to 80% below the baseline.

A steeper drop in conversions than in clicks resulted in a declining conversion rate for August. Still, at 130% above the benchmark, this is among the highest monthly conversion rates we’ve seen for the category during the pandemic. AOV remains healthy, although it has fallen a bit since peaking in June. It ended August 50% above the baseline.

Revenues and commissions appeared to have finally rebounded in June, but their upward trajectory stalled in July, and steeper declines arrived in August. Revenues are back to 20% below the January 2020 benchmark, and commissions are 40% below. These are far from the lowest points these metrics have hit during the pandemic, but it’s important to note that they’ve never crossed above the baseline since March 2020.

An exciting summer gives way to an uncertain fall

The arrival of vaccines and declining hospitalization rates had many Americans eager to spend their summers catching up with friends and taking long-delayed vacations. The data shows that while many consumers were able to do this early on, things slowed down in August amid higher numbers of infections, hospitalizations, and reports of breakthrough cases.

As we enter fall and students head back to school, it remains to be seen what comes next. What is certain is that Impact will continue to track progress in the partnership sector in 2021 and report on the latest performance metrics every month.

To see how you can connect with your audiences in authentic and valuable ways through partnerships, reach out to an Impact growth technologist at grow@impact.com. We’ll help guide you through. 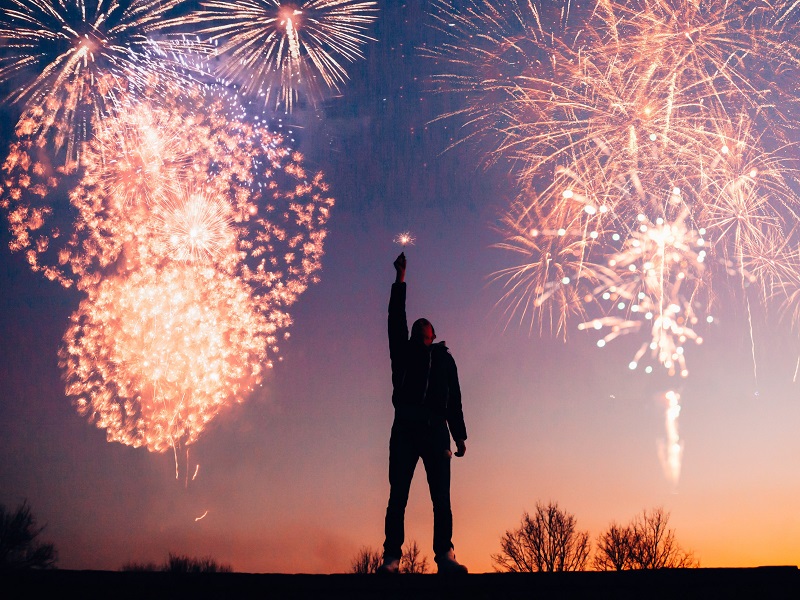 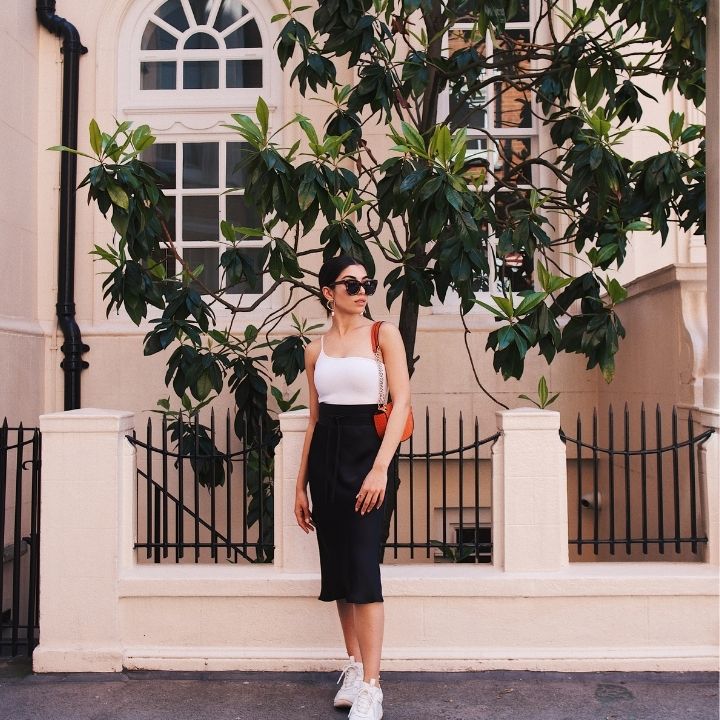 The rise of influencer marketing in Southeast Asia 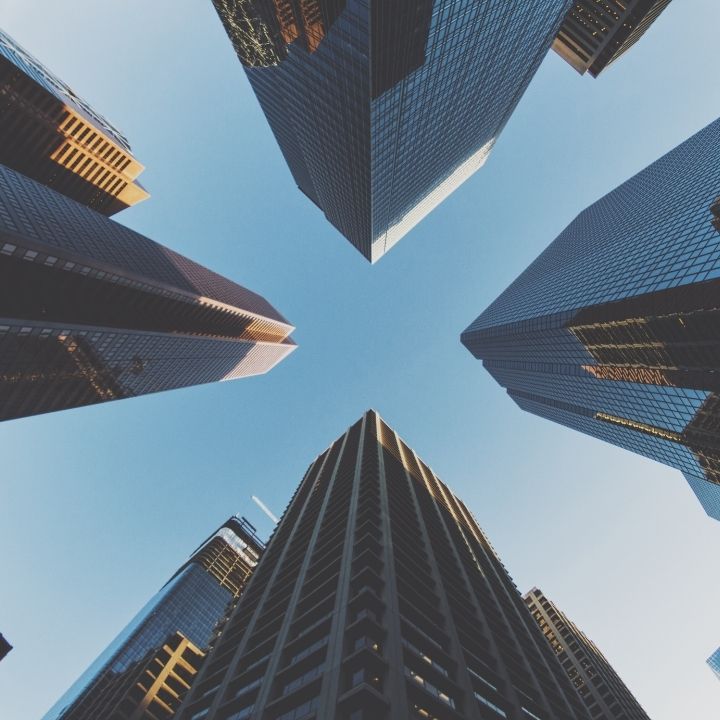 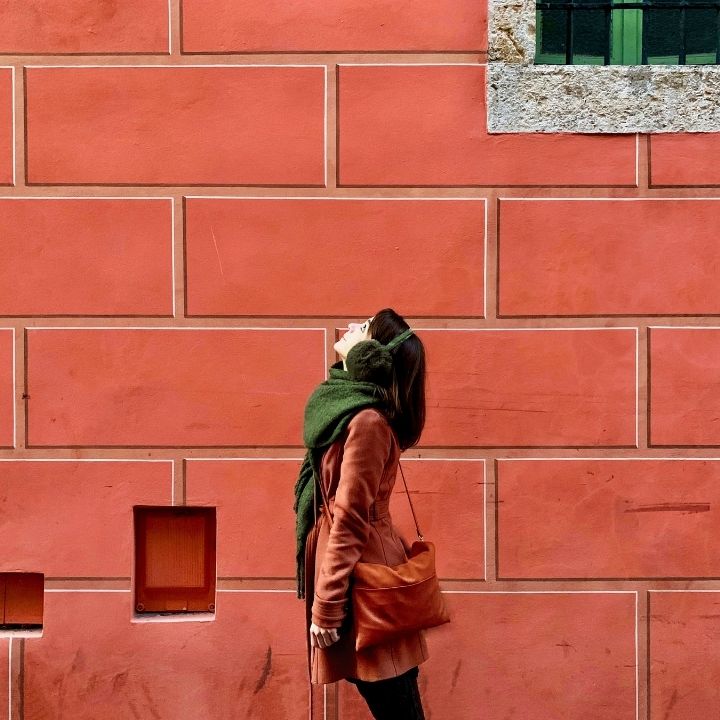 How impact.com is here to help you kick some SaaS — introducing our partnerships solution for SaaS businesses